Dubai: How soon can the UAE get out of the UK’s ‘red list’ – it’s the multi-million dollar question that UAE airlines keep asking as they wait for better outcomes.

“We were very disappointed when we actually had an out and out ban and were put on the UK red list,” said Paul Griffiths, Dubai Airports CEO, during an online event last week. “That was quite hostile when you consider a lot of countries on (UK’s) green list – we believe – are not doing as well in their battle against the pandemic as we are.

“Hopefully, there’ll be a rethink of that based on the current data. And hopefully, the mobility of the world will start to recover.” (In December, the Dubai-London sector was the busiest in the world.)

Being in the red list means travellers from the UAE to the UK have to undergo lengthy quarantine measures. There were expectations that the UK would upgrade the UAE to the green as it wound down its latest lockdown measures.

Still in the red

The UAE was placed on UK’s ‘red-list’ in January amid a spike in COVID-19 cases. Although the UAE has managed to contain the virus’ spread with one of the fastest vaccination programmes in the world, the UK has so far not given the green light to UAE’s aviation authorities.

One possible explanation for the continued red listing is Dubai’s status as an international transit hub. “It is probably a factor… and especially for access to the Indian Subcontinent,” said John Grant, Partner at Midas Aviation. “Many of the other places on the UK green list aren’t really great hubs – Portugal a bit to Brazil, but that’s about it.”

Australia and New Zealand are too far south to be a hub to anywhere, while Singapore has its own quarantine requirements.

Travel website Skyscanner shows that starting from June 15, Emirates will fly at least two direct flights a day from Dubai to London. Fares are in the range of Dh1,300 to Dh1,400.

Emirates said it did not have an announcement for UK flights yet. “It will all depend on next cycle of decisions for the green/amber/red listed countries,” said an airline spokesperson.

Etihad did not immediately respond to a Gulf News query.

Apart from Dubai-London being one of the busiest air routes in the world, the UAE is home to over 150,000 British expats who will be looking to head home during the summer. At the recently concluded Arabian Travel Market, Emirates’ Chairman and Chief Executive Sheikh Ahmed bin Saeed Al Maktoum hopes that flights will be allowed soon. “I hope it will happen… I think it is unfair,” said Sheikh Ahmed.

Although flights from the UAE to UK are on hold, Emirates and Etihad are operating frequent flights to UAE from London. An Emirates flight from London’s Heathrow to Dubai costs in the range of Dh,1500 to Dh1,700. A seat on Etihad to fly from London to Abu Dhabi is around Dh2,050.

Dubai Airports’ Griffiths believes that when traffic on UK and other routes returns, it will be back in a big way. “When it does start to recover, I think it will be not a trickle but a flood,” said Griffiths. “The problem is that no one can actually say with certainty at this point in time exactly when that moment is going to come.” 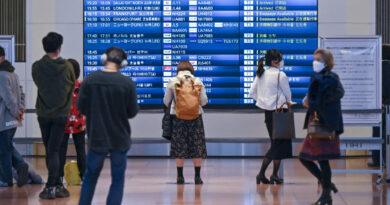 What are Filipinos hoping for from next president?