Islamabad: The Nigerian Air Force (NAF) has inducted three JF-17 Thunder fighter jets procured from Pakistan to modernise its air fleet. The induction marked a significant milestone for Pakistan’s aircraft industry and defence capabilities. The ceremony was held at Nigeria’s Makurdi Air Base where the JF-17 jet bearing tail number NAF722 was displayed.

Nigerian President Muhammadu Buhari attended the ceremony held on May 20 at the 57th anniversary of NAF. Pakistan approved the sale of three aircraft to Nigeria under a $184 million US contract.

“These aircraft have significantly boosted our operational effectiveness in the fight to defeat all threats to the nation,” NAF Chief of Air Staff (CAS) Air Marshal Isiaka Oladayo Amao said. The newly inducted JF-17 aircraft manufactured in Pakistan would serve as NAF’s frontline multi-role fighter jet and “equip and energise the NAF” and the entire Nigerian armed forces “towards combating terrorism, insurgency and other threats.”

PAF Vice Chief of Air Staff, Air Marshal Syed Noman Ali, who attended the ceremony in Nigeria, termed the induction of JF-17 “a landmark” achievement and reflection of “strong military cooperation between Pakistan and Nigeria.” The JF-17 aircraft’s unique fighting capabilities would prove to be a potent platform in addressing Nigeria’s security requirements, he said.

The successful delivery of the three aircraft to Nigeria means “Pakistan is not only capable of meeting its own defence requirements but also ready to export to friendly countries, which will earn the country revenue,” Air Vice Marshal Sohail Malik, the director technical and industry at Centre for Aerospace & Security Studies Islamabad (CASS), told Gulf News.

AVM Malik, who was the former managing director of JF-17 production project at the Aircraft Manufacturing Factory of Pakistan Aeronautical Complex (PAC), believes that the export will attract global interest due to aircraft’s affordable price tag as opposed to its Western competitors. “There is tremendous potential for JF-17 as it carries a lot of value at a low price to meet specific defence requirements,” he said.

Speaking to Gulf News, defence analyst Shahid Raza termed it “a significant milestone for the Pakistan Aeronautical Complex and PAF as this is the first export order successfully delivered to an African customer” by Pakistan. The sale “will further cement the defence ties between Pakistan and Nigeria,” as PAF is also training Nigerian Air Force pilots and ground support crew for the JF-17 Thunder, Super Mushak and the older F-7NI aircraft of NAF.

The first export customer for the JF-17 Thunder aircraft was Myanmar, followed by Nigeria. “With the development of the advanced 4.5 generation Block-III variant of JF-17 about to enter serial production, a number of countries such as Malaysia, Argentina, Sri Lanka, Azerbaijan, Iraq, Egypt have been identified as potential customers,” Raza said. “The air forces that are currently flying older Soviet, American and French aircraft are also seen as potential customers,” he added.

JF-17 Thunder is a single-engine, lightweight, multirole combat aircraft, jointly developed by China’s Chengdu Aircraft Industry Corporation (CAC) and Pakistan Aeronautical Complex (PAC) Kamra. The combat and battle-proven fighter jet is described as the backbone of PAF due to its exceptional air-to-air and air-to-surface combat capabilities. 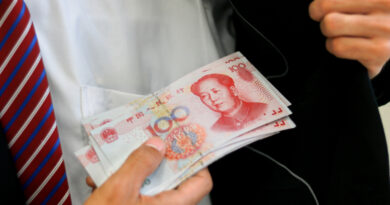 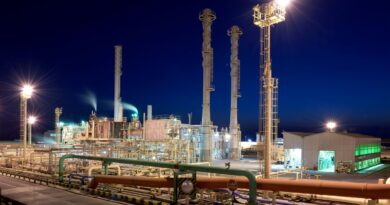