Kolkata: The run-up to the World Cup Qatar 2022 qualifiers, which starts against Asian champions Qatar on June 3 had been far from ideal, but Indian team’s head coach Igor Stimac highlighted the importance of making up for lost time on the training ground.

“Our initial plan was to start the camp from mid-April. When that was not possible, we tried to start on May 2 in Kolkata. We also had plans to play a few friendlies. But then the pandemic struck, and everything was cancelled – due to nobody’s fault of course,” said Stimac. “We have been able to arrange a few days of the camp finally in Doha. It’s not ideal, but it is what it is, and we must get on with making up for the lost time.”

With Qatar leading Group E, followed by Oman, securing a top spot may be out of reach, but the Blue Tigers’ Asian dream is very much alive as they aim to secure a third-placed finish.

“I am very confident that at the end of the journey, we will be in the AFC Asian Cup. Never mind the group position right now because the actual situation is far from the present,” informed Stimac. “Qatar is a fully prepared team, Bangladesh finished their season on May 10, and 23 out of the 28 Afghan players are playing in Europe or USA with their season in full swing.

“Our team’s situation is different, but I can promise you that we will give it everything. The boys will give each atom of energy in their bodies to answer all doubts on the pitch. We will do everything to qualify for the AFC Asian Cup. Only then, will our proper work start,” the former Croatian World Cupper told the AIFF website.

Currently standing fourth in Group E of the Qualifiers, behind Qatar, Oman and Afghanistan with three points to their name, India are set to play their last three qualifying matches in Doha, Qatar (due to the ongoing COVID-19 pandemic) against the hosts Qatar (June 3), Bangladesh (June 7), and Afghanistan (June 15).

While the pandemic has been taking a toll on everyone around the world, Stimac believes that his players are motivated enough as they know the situation that everyone is currently facing.

“Motivating them is not a problem. They are all good professionals and I do not have any problem in keeping them motivated,” said Stimac. They are well aware of the situation and are working hard with full commitment on the training pitch with a few days left for the Qualifiers,” he said. “They know that they are representing their country, and they will do everything possible to defend the India colours.”

Known to be a fine man manager, Stimac further went on to explain that his goal has not changed from the time that he took over as the head coach in 2019.

“Never mind the situation – our goals have not changed. We will use the initial two years to qualify for the AFC Asian Cup. If there was a chance, we would have taken a shot at World Cup qualification too. We have had some setbacks in the form of injuries to key players too – Sandesh (Jhingan), (Rowllin) Borges and Brandon (Fernandes). We have suffered a lot, but we are still alive with our goals. I am convinced that we will qualify for the AFC Asian Cup, and then we can convince India about the quality of our game,” he continued. 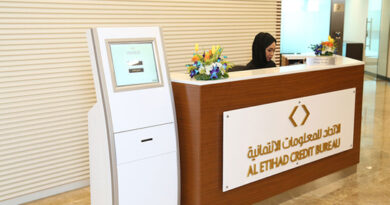 UAE: Credit eligibility checks can impact your credit score more than you think, here’s how

What We Are Reading Today: The Trials of Orpheus by Jenny C. Mann