While fans are waiting with bated breath for the ‘Game of Thrones’ prequel ‘House of the Dragon’, they can’t help but wonder what the show has in store for them. And HBO content chief Casey Bloys might have an answer!

As per Variety, Bloys recently spoke about the upcoming series and other ‘GOT’ spinoffs in the works.

Bloys told Variety that he has been surprised by the number of people who believe that there are multiple ‘GOT’-related series in active production.

For the record, ‘House of the Dragon’, a prequel that takes place 300 years before the events depicted in ‘GOT’, is the only spinoff that is real so far. ‘GOT’ author George R.R. Martin is helping to oversee development on at least six other projects, including an animated series.

Speaking about the forthcoming prequel series, Bloys said, “House of the Dragon is the only one shooting. All the other ones are in various stages of development. People may think we have 10 series shooting at the moment. There’s one that will be on the air in 2022. We’ll see how the other scripts come along.”

Bloys did not give out any spoilers but he said he likes what he’s seen of the dailies so far.

“It looks spectacular. The cast that (Sapochnik) and Ryan have put together looks good,” he said.

The prequel series is based on Martin’s novel ‘Fire and Blood’, a companion to the ‘Song of Ice and Fire’ novels that were the basis for ‘GOT’.

The prequel will follow the Dance of the Dragons, the Targaryen civil war between siblings Aegon II and Rhaenyra, who fought for the throne after the death of their father Viserys I. The Dance of the Dragons pits Westeros’ great houses — including the Lannisters and Starks — against each other and resulted in the death of House Targaryen’s most powerful dragons. Soon after the war, they would go extinct until Daenerys Targaryen would give birth to three dragons three centuries later.

‘GOT’ ran for eight seasons from 2011 to 2019 and was created by showrunners and executive producers David Benioff and D.B. Weiss.

The pair were famously protective of the franchise. But they have now handed the keys to the kingdom to the ‘Dragon’ team after signing a USD 200 million production pact with an HBO rival.

Benioff and Weiss “have been entirely hands off” on Dragon. “They’re off working at Netflix,” Bloys said.

The upcoming series ‘House of the Dragon’ will premiere in 2022. 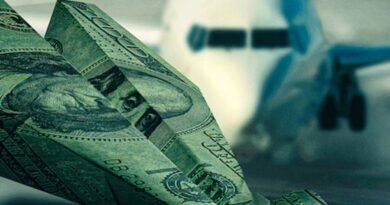 ‘Downfall: The Case Against Boeing:’ A hard-hitting documentary on corporate avarice