Indian television actress and new mother Anita Hassanandani has urged her fans not to jump to conclusions after she revealed in an interview that she’s taking a temporary break from acting to focus on her newborn child.

She clarified her stand that she’s on a temporary break in her latest tweet.

“It’s all over that I’m quitting my first love ACTING. I never said that…. All I said was that my focus right now is my child…. Aaravv is my priority… I will resume work when I’m ready,” she wrote on Twitter.

Hassanandani, who’s best known for her role as Shagun Arora in the hit television series ‘Ye Hai Mohabbatein’, had claimed in a recent interview with ETimes that she wanted to take it easy on the work front.

“I had decided that whenever I would have a child, I would leave the industry and let go of my work. I always wanted to focus on being a mother. So, it’s not about the pandemic, I would have either way left the industry, pandemic or no pandemic. I want to be at home with my kid. Honestly work is the last thing on my mind right now. I really don’t know when I will get back,” Hassandani was quoted in that interview. But she seems to have had a re-think about her decision to go on a sabbatical.

Hassanandani and her husband Rohit Reddy became parents to a baby boy in February this year and have been constantly updating their fans about their new parenting phase in their lives. 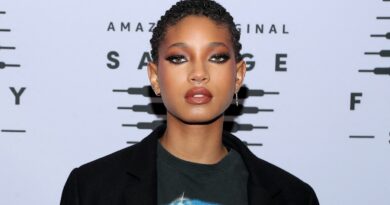 Willow Smith criticized for representation of Muslims in new book