Christian Eriksen, who suffered a cardiac arrest during Denmark’s Euro 2020 game Saturday, has been released from a Copenhagen hospital after undergoing a procedure in which an implantable cardioverter defibrillator – what his doctor called a heart starter – was placed in his chest because of “rhythm disturbances.”

The Danish football federation added in a statement Friday that Eriksen visited with his teammates at their training facility before heading home to spend time with his family.

“Thank you for the massive number of greetings – it has been incredible to see and feel,” Eriksen said in the statement. “The operation went well, and I am doing well under the circumstances. It was really great to see the guys again after the fantastic game they played last night. No need to say, that I will be cheering on them on Monday against Russia.”

Denmark’s Yussuf Poulsen scored in the second minute Thursday to give Denmark a 1-0 lead over Belgium, but it could not hold on in a 2-1 loss. During the match, both teams momentarily stopped play to salute Ericksen, joined by the crowd in Copenhagen.

The Danes need a win over Russia on Monday to have any hope of advancing out of Group B and into the knockout round.

Morton Boesen, the national team physician who was part of the medical team that quickly resuscitated Eriksen on the pitch just before halftime of the game against Finland on Saturday, announced through the Danish Football Union that the determination for surgery had been made by “specialists nationally and internationally” as well as doctors at Copenhagen’s Rigshospitalet, where Eriksen was been since the incident occurred.

“After Christian has been through different heart examinations, it has been decided that he should have an ICD (heart starter). this device is necessary after a cardiac attack due to rhythm disturbances,” Boesen said in a statement.

“Christian has accepted the solution and the plan has moreover been confirmed by specialists nationally and internationally who all recommend the same treatment. We encourage everybody to give Christian and his family peace and privacy.”

An ICD is a small, battery-operated device that can detect and correct abnormal heart rhythms or cardiac arrest by immediately delivering a jolt. It continuously monitors and records heartbeats and rhythm variations for physicians.

The first-half stoppage Thursday offered a joyous release after the scene Saturday, when Eriksen fell to the pitch in the first half of the game against Finland and his heartbeat was restored with CPR and a portable defibrillator. The 29-year-old midfielder offered his own update Tuesday, saying with a smile and a thumbs-up from his hospital bed that he is “fine – under the circumstances.”

“Big thanks for your sweet and amazing greetings and messages from all around the world,” he wrote in a message shared on the Danish Football Union’s social media account. “It means a lot to me and my family. I’m fine – under the circumstances. I still have to go through some examinations at the hospital, but I feel OK.”

One Euro player who knows Eriksen well and can identify with what he is going through is Daley Blind, a Netherlands player and former Ajax teammate of Eriksen’s. He received a pacemaker after heart inflammation caused a dizzy spell during a Champions League game in 2019. It failed during a game last August and he collapsed again in what was determined to have been a one-off occurrence. Blind considered not playing in the Netherlands’ Euro opener the day after Eriksen’s collapse and was emotional as he left the pitch.

“[Saturday] had a huge impact on me, never mind the fact that I know Christian well as a friend,” Blind said, via Sky Sports. “The situation for him is terrible. Of course, I have also experienced a few things in that area, so that I had to overcome a mental hurdle to play.” 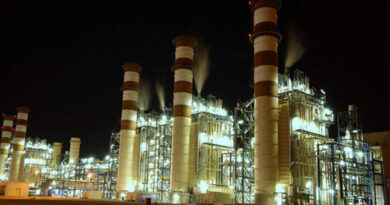 DubaiCoin: What we know so far about Dubai’s own cryptocurrency