Geneva: A “huge number” of poorer countries have had to suspend their coronavirus vaccination programmes due to a lack of doses, the World Health Organization said Friday.

The shortages often mean people who have received one dose of COVID-19 vaccine have to wait too long before they can get their second jab.

“We have a huge number of countries that have had to suspend their rollout of their second doses of vaccine,” said Bruce Aylward, the WHO’s frontman for the international Covax scheme, which provides vaccine doses to poorer countries.

“If I remember correctly, it’s over 30 or 40 countries that could have been targeted for second doses of AstraZeneca vaccines, for example, who will not be able to do that,” Aylward added.

The countries affected by this problem are spread throughout the Indian subcontinent, sub-Saharan Africa, Latin America and the Middle East, the WHO expert said.

Countries around India, like Nepal and Sri Lanka, have been “particularly hit hard” and face “a severe wave of disease”, he added.

The Serum Institute of India (SII), producing AstraZeneca doses, was supposed to be the backbone of Covax’s supply chain – but India restricted exports to combat its own devastating coronavirus surge.

“We are now urgently trying to work with AstraZeneca itself, as well as SII, the government in India to restart those shipments so that we can get those second doses into those populations because we are running to a longer interval than we would have liked in that regard,” said Aylward.

He bemoaned that “only countries right now that have got the financial resources, who are producing the products, actually have access to vaccines”.

On Monday, the WHO warned that coronavirus is moving faster than the vaccines, and that the G7 nations’ vow to provide a billion doses for poorer nations is simply not enough.

In Africa only about one percent of the population is fully vaccinated, according to WHO figures.

As of Thursday, the Covax scheme had provided just 88 million vaccine doses, spread out over 131 countries, far less than originally planned. 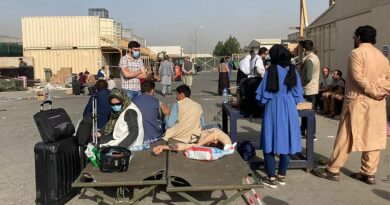 Lebanon sinking: Corruption, mismanagement is taking country to point of no return