Dubai:  Emirates Global Aluminium (EGA), one of the world’s largest aluminium producers, is in talks with banks to refinance and change the terms of a loan of about $6 billion it secured in 2019, according to sources.

The UAE firm, which is owned equally by Abu Dhabi state fund Mubadala and the Investment Corporation of Dubai, is seeking to extend the tenor and lower the pricing of the seven-year loan through a refinancing facility to take advantage of low rates, the sources said.

“EGA is fortunate to have a large relationship bank group who support our business. We are always looking at ways to optimise our financing arrangements,” the company said in response to a Reuters request for comment.

EGA, which produces 4% of the world’s total aluminium, took a loan of over $6 billion in early 2019 to refinance a $4.9 billion loan secured in December 2015 as well as to fully repay a $1.8 billion loan raised by EGA’s subsidiary Dubai Aluminium.

The syndicated loan EGA is seeking to restructure was issued on Jan. 28, 2019 and totalled $6.545 billion, according to Refinitiv data.

A group of around 25 international and regional banks participated in the loan. Banks leading the deal included BNP Paribas, Citi, Emirates NBD, ING and Natixis.

The company said in March its annual adjusted earnings before interest, taxes, depreciation and amortization (EBITDA) for the 12 months ended Dec. 31 rose to 4.1 billion dirhams ($1.13 billion) from 2.5 billion dirhams a year prior, boosted by product flexibility, cost control, and a ramp-up in new upstream projects.

IPL 2021 — In pictures: Delhi Capitals beat Sunrisers Hyderabad in 1st Super Over of the season 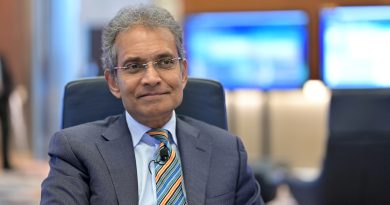