Dubai: Air India Express was operating at 65 per cent of its pre-pandemic operations in March, with domestic at 80 per cent. This was before the second-wave of the COVID-19 virus led to the tightening of state-wide as well as international restrictions.

“We were hit by the second way and we pretty much fell back to where we had started from, but now things are looking way better,” said Alok Singh, the airline’s CEO, during an aviation event on Wednesday.

“The worst seems to be behind us, and there is a dramatic decline in the number of infections,” said Singh. “The markets continue to be restricted … hopefully in the next few months, we will see a much clearer trend, and it will be upwards”

Being a low-cost carrier, Air India Express has learnt to stay afloat in a highly competitive and price-sensitive aviation market.

“We entered the crisis in a better shape than many other airlines – we had five consecutive years of profits,” said Singh. “We are one of the lowest seat kilometer cost producers in the world – we are nimble and flexible, which helped us tide over the crisis”

“We did pretty much what most airlines did, which is cut costs, conserve cash, look at alternative revenue streams and optimize routings,” said Singh.

Although the pandemic has decimated air travel demand now, it hasn’t in any way diminished India’s prospects of being a large aviation market.

Singh believes a slew of upcoming projects and initiatives will ensure the growth of the industry.

Mumbai and Delhi – two of the country’s largest aviation hubs – are getting a greenfield airport each in the next couple of years. “There is a regional connectivity scheme that the government has launched, (which) is opening up scores of airports across the country,” said Singh.

“Air India Express and Air India are on track to privatization… put this all together and it is a game changer,” said Singh. 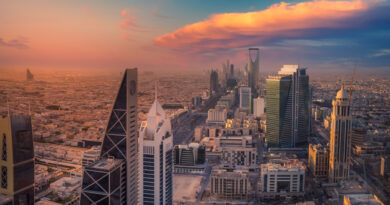