Kolkata: In an unlikely final match-up of the sixth edition of Pakistan Super League, 2017 champions Peshawar Zalmi take on maiden finalists Multan Sultans in Abu Dhabi on Thursday. The final gets underway at the Sheikh Zayed Stadium from 8 pm UAE on Thursday.

‘‘It was a difficult route we took to the final but it’s a great feeling,’’ Peshawar skipper Wahab Riaz said after they coasted to a surprisingly easy eight-wicket win over Islamabad United in the second Qualifier on Tuesday.

In-form Afghanistan opener Hazratullah Zazai and Jonathan Wells helped Peshawar Zalmi to their fourth final as they chased down a challenging target of 175 when they reached 177 for two wickets. Left-handed Zazai, dropped on seven, smashed 66 off 44 balls and Wells, playing his first PSL game, made an unbeaten 55 as Peshawar reached the target with more than three overs to spare.

Islamabad earlier got the momentum back through Hasan Ali’s blistering 45 off just 16 balls to post what looked a challenging total of 174-9. ‘‘We gave away some runs in the last few overs but the way we responded was great to see,’’ Riaz said.

Zazai, who scored a blistering 77 to knock out defending champions Karachi Kings in the Eliminator on Monday, continued his rich form with another half century that featured six fours and four towering sixes.

Ali could have dismissed Zazai in the third over, but wicketkeeper Muhammad Akhlaq dropped a low catch that cost Islamabad dearly in the end. The Afghan added a crucial partnership of 126 off just 81 balls with Wells before Shoaib Malik scored 32 off just 10 balls to finish off the game in 16.5 overs. Malik smashed captain Shadab Khan (0-55) for two fours and a six in one over before raising the victory with three consecutive boundaries against Ali.

Earlier, Islamabad struggled to score after their in-form opener Usman Khawaja was run out in the first over. Colin Munro’s (44) straight drive hit the stumps at the non-striker’s end after flicking the boot of Malik as Khawaja was left stranded out of the crease.

Multan Sultans had, on Monday, made their maiden final by upsetting Islamabad by 31 runs in the first Qualifier on Monday. ‘‘Wish you boys the best of luck for the finals!,’’ tweeted Shahid Afridi, former Pakistan captain who skipped the PSL this year. 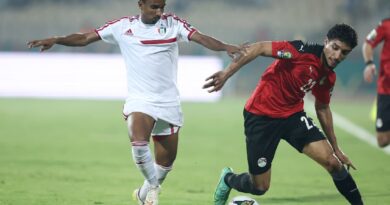