DUBAI: ACWA Power, which debuted on Saudi Arabia’s stock market on Monday, expects to finalize in the first quarter of next year billions of dollars in financing for a green hydrogen joint venture at the planned futuristic city NEOM, ACWA’s CEO said.
The project, which will be equally owned by Air Products, ACWA Power and NEOM, will produce green ammonia for export to global markets, with the first shipment expected from NEOM’s port in the first quarter of 2026.
“We have not actually finalized the group of banks yet, but we are very advanced in structuring and work is being done internally,” CEO Paddy Padmanathan told Reuters in an interview, adding the project was “on track.”
Roughly 20 percent of the $6.5 billion project will be funded with equity and the rest will be limited-recourse project finance, he said.
“We would very much like to make sure it’s sustainability-linked,” he added.
Reuters reported in January that the joint venture had hired financial firm Lazard to advise on the project.
ACWA Power is planning projects this year with a total investment cost of around $16 billion, Padmanathan said.
Some projects planned last year were pushed into this year due to the COVID-19 pandemic, with ACWA projects in 2020 totalling about $3.5 billion — missing a $10 billion target as a result of the pandemic’s impact.
ACWA Power, which operates in 13 countries, is bidding for renewable energy projects in Uzbekistan, Egypt, South Africa and Indonesia, as well as a large pipeline of projects in Saudi Arabia, the CEO said.
“We have got five projects that we have already bid for in Indonesia, where we know that we are the lowest-priced on them. We are waiting for the Indonesian government to move forward.”
Asked whether ACWA would maintain its Dubai “extended headquarters,” as it is referred to in the IPO’s prospectus, Padmanathan said Riyadh had always been its base.
Saudi Arabia said in February that from 2024, it would stop giving state contracts to companies that base their Middle East hubs in any other country in the region, which analysts saw as a challenge to Dubai’s dominance as a tourism and business hub.
“As we grew our international business, at that time, it made sense for us to also maintain that satellite office (in Dubai) for efficiency. In time to come, I can see that the Riyadh base will continue to grow much more significantly, simply because also the volume of activity,” he said.
“We have bought some land and we are looking at developing our own office space. We have been leasing.” 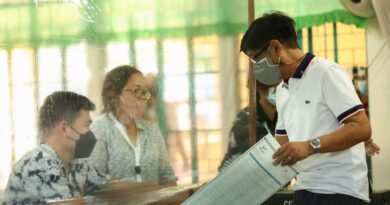