Al-Hilal strolled into the AFC Champions League semifinal on Saturday with a 3-0 win over Iranian giants Persepolis. An opening goal from Salem Al-Dossari got the team going, and then two strikes from Bafetimbi Gomis sealed the win and a semifinal against Riyadh rivals Al-Nassr, who earlier thrashed Al-Wahda of the UAE 5-1, on Tuesday.

Here are five things we learned.

The talisman of both club and country has been missed since injury ruled him out of action a month ago, even if the results of both have not been bad at all. He calms everything down on the pitch, however, and his experience, composure and ability to make things happen offensively are appreciated by both Leonardo Jardim and Herve Renard.

The 29-year-old made his mark in spectacular fashion after 27 minutes. Collecting the ball on the left, there was a delightful touch, a jink inside, lovely control and then an unstoppable right-foot shot that flew into the top corner, before fans were treated to that famous somersault celebration. There was still time for a perfect assist for the third goal that gave Gomis an unmissable opportunity for his second and Al-Hilal’s third. It was a captain’s performance.

In signing the Brazilian playmaker in the summer, Al-Hilal now have a player who can lead them to the Asian title. The former Sporting Lisbon star impressed in the English Premier League last season despite West Bromwich Albion’s relegation. That meant that he was in high demand from all around Europe and fans could see why on Saturday.

The 25-year-old was operating on a different plane to everyone else in a game when every Al-Hilal player performed well. His ability to operate in tight situations is top-class as are his movement and vision. Then there is the intelligence: When assisting for the second, he was able to wait until Gomis returned from an offside position before sending a perfect ball across the face of the goal to give Gomis a chance he could not miss. In short, he was just too good for the Iranians. Al-Nassr are going to have to find a way to lessen Pereira’s influence on Tuesday or it will be Al-Hilal who will be preparing for the final.

3. The other Al-Dossari does just fine

It is a testament to the strength that Al-Hilal have that Yasser Al-Shahrani, one of the best left-backs in Asia who has been in great form of late, was not missed that much. In came Nasser Al-Dossari to a position in which he does not normally play, and the 22-year-old barely put a foot wrong. Naturally athletic and full of energy, he was able to get forward in support of the senior Al-Dossari a number of times on the left side even if his delivery was not quite at the level of Al-Shahrani’s.

There were a couple of times when he was caught out of position such as 10 minutes before the break when Issa Alekasir broke free to force a good save out of Abdullah Al-Mayouf but overall, it was a solid performance, and the youngster should take a lot of confidence going into a huge game.

4. Al-Hilal superior in all areas

It was a strong all-around performance from the Saudi champions from the first to the last minute. Persepolis is a proud club that has reached the final of the competition in two of the last three Champions League finals. They have also won the last five Iranian league titles. The visitors are a powerhouse but just did not perform at their usual level. Their fans will point to the simple fact that they just don’t have the same level of players in their team.

Trying to cope with the likes of Gomis, Pereira and Moussa Marega would test most defenses in the world and all in Asia. West Asian football needs a strong Iranian league and needs clubs like Persepolis to be as powerful as before, but there is little doubt that at the moment, the big clubs in Saudi Arabia are pulling away from their Iranian rivals and this was in evidence on Saturday.

5. Now it is all about the recovery

Perhaps Al-Hilal would have liked more time to enjoy the result but there is none. The semifinal against Al-Nassr is coming on Tuesday, and there can be few Riyadh derbies to match this one. Forget bragging rights in the capital and the country, this is all about getting to a final that will take place in the same city to give Al-Hilal a great chance to win a record fourth Asian championship or Al-Nassr a first.

At least Al-Nassr are in the same position. There can be little time to work on the training ground for the new coach Pedro Emanuel. The Portuguese boss will have been delighted with the 5-1 thrashing of Al-Wahda but would surely love some time to work with his new players ahead of this much tougher clash. Which team recovers more quickly from the quarters could be key. 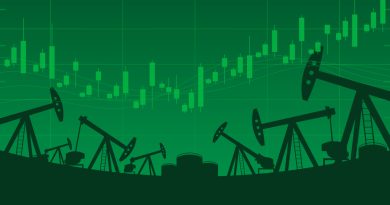 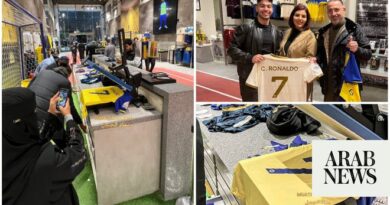